A key figure of percussive music in Bahia, the master and musician Gabi Guedes, launches the WebTV “Minuto Percussivo”, where he shares his knowledge of the traditional art of the atabaques and its rhythmic relationship with the African religions.

From his experience of almost 50 years playing percussion in terreiros and stages around the world, Gabi Guedes mixes his religious roots in candomblé with his performance as a member of the percussion suit of Orkestra Rumpilezz to take a tour through the interconnected universe of the drums and rhythms, such as Ijexá, Ilú, Aguerê and Barravento. In 10 episodes published weekly every Monday, Gabi will present technique, rhythm and ancestral references present in the touches and variations existing in each nation: fons groups from Jeje, Yoruba groups from the Ketu region, and Bantos groups from Angola. 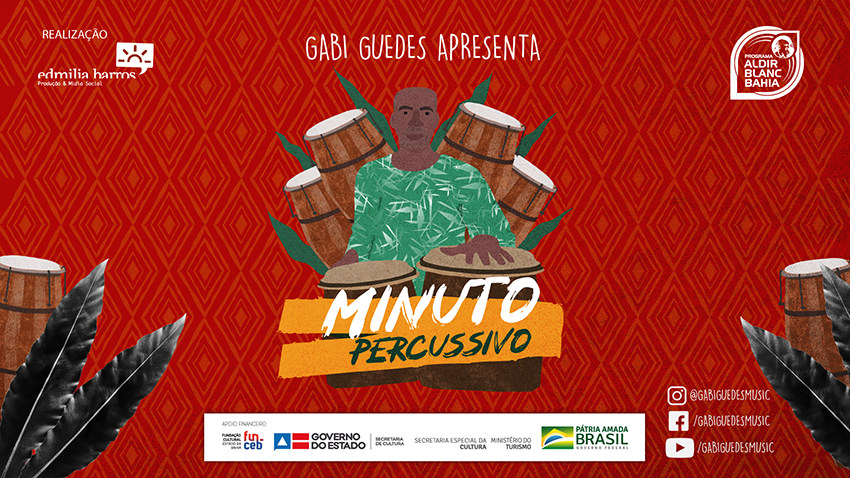 During his entire career, Gabi has always been concerned with preserving and disseminating the music of the terreiros. The idea of ​​WebTV Minuto Percussivo is to configure itself as a bridge between the public and Afro-Brazilian religions, through art, presenting their rhythms, beliefs and meanings. “My intention is to show the world the culture, history and feeling behind each sacred touch and thus contribute to breaking some of the prejudices that surround Candomblé music”, explains the musician.