Gabi Guedes is considered to be one of the most important percussionists of Salvador de Bahia, Brazil. His curriculum has recorded moments of an impressive trajectory which has taken him to all the corners of the world. Born in the Alto do Gantois, Gabi grew up next to Iyalorixá Mãe Menininha. From a very early age he was surrounded by the sound of the atabaques, traditional Brazilian drums, which reached his ears carried by the wind. At the age of 10, he started his percussion studies alongside Alabês, Vadinho, Hélio, Dudu, Edinho Carrapato and many others.

In Brazil, Gabi has played with prominent musicians such as Margareth Menezes, Lazzo, Gerônimo, Raimundo Sodré, Armandinho, Paulo Moura, Ricardo Chaves, Lourenço Rebetez, Hermeto Pascoal, Emília Biancardi Orchestra, and Jimmy Cliff and The Wailers, where he became a percussionist for the Oneness Band. Gabi is a percussion master and son of a saint from Ilê Omin Axé Iyá Massê and Terreiro do Gantois.

Currently, Gabi Guedes is a percussionist for the internationally esteemed Orkestra Rumpilezz, as well as conducting percussion lessons and workshops, alongside heading up the Pradarrum project . The group’s repertoire is formed by melodies from the terreiros (the Candomblé religion’s places of worship), compositions aimed at Afro-religious rhythms such as “Encruzilhada”, “Senhora Mãe” and “Engaramenço”, among others. He is also a percussionist for the base band of Jam at MAM (Museum of Modern Art).

Gabi left for Europe in 1987, performing initially in Austria in Afro dance classes. In 1989, he was invited by the House of World Culture in Berlin to participate in the “Percussionale 89” festival. Later that year in Paris, he taught Afro-Bahian percussion courses. In 1990, Gabi was invited by Jimmy Cliff to become the percussionist of the Oneness Band, participating in international reggae festivals, alongside Burnning Spear, The Wailers Band, Melody Makers, Banton Duck, Majek Fashek. These festivals took place in countries such as: the USA, Germany, France, Japan, Hawaii, Australia, Switzerland, Italy, Jamaica, and Portugal, amongst others. 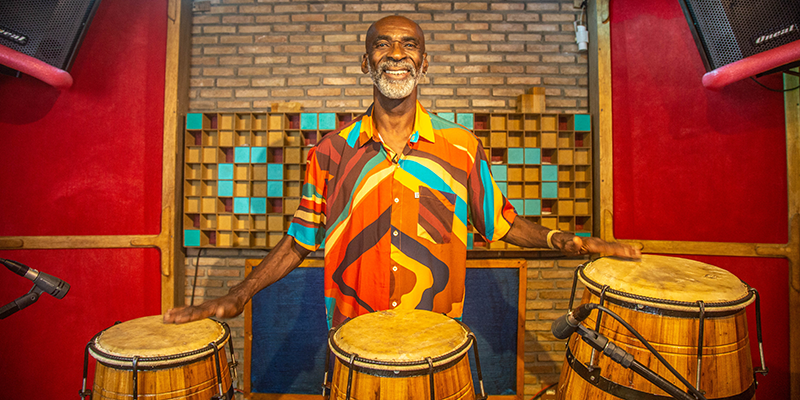 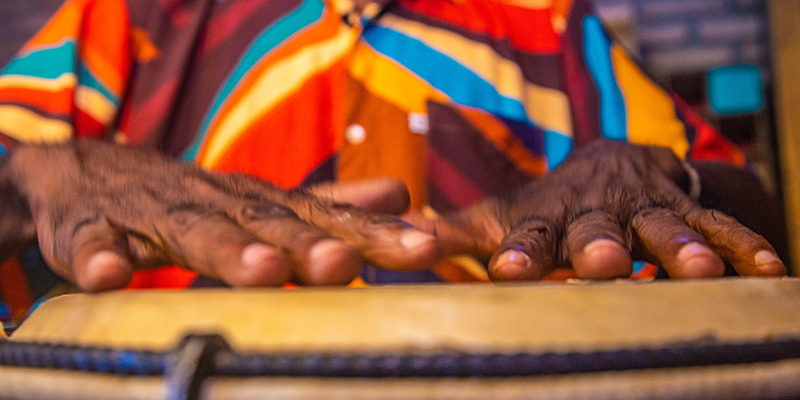 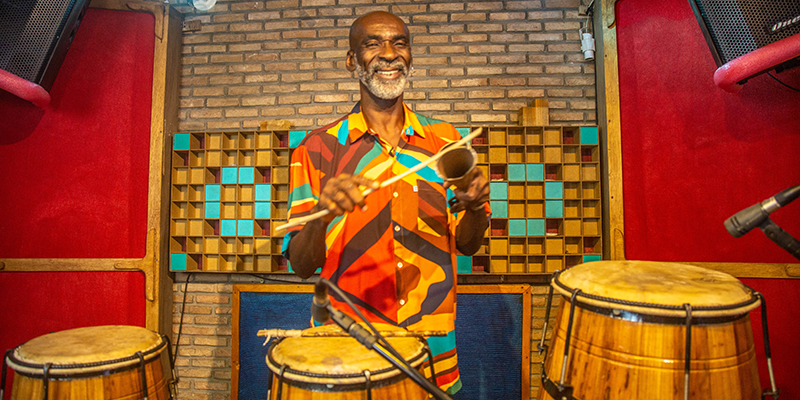 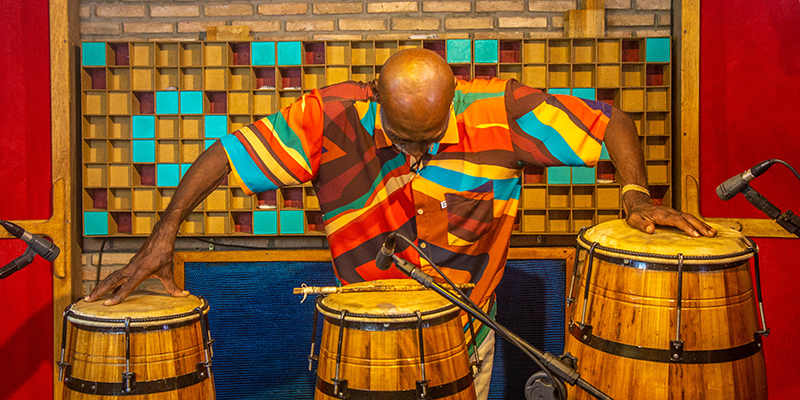 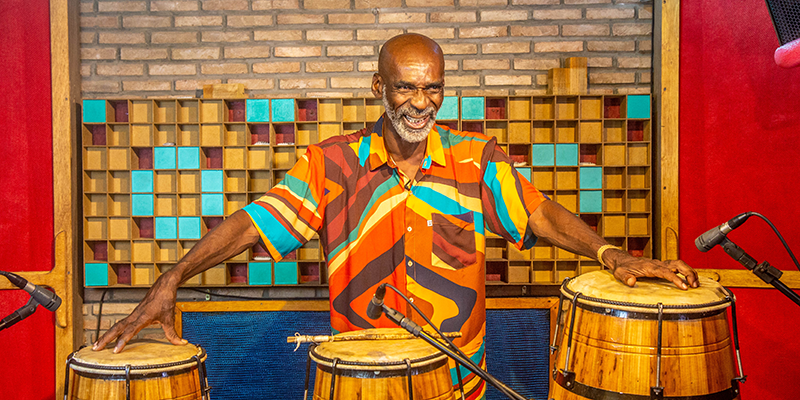